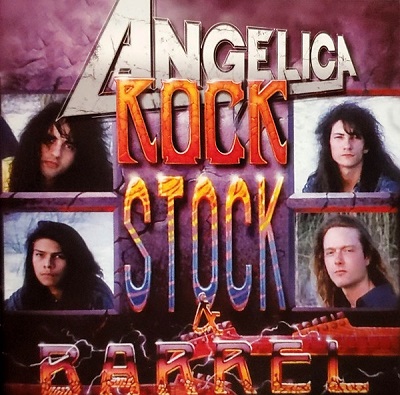 “A true fan favorite, with the band’s third album, Rock Stock And Barrel, axeman extraordinaire Dennis Cameron and co. bring everything together in a dynamic and mesmerizing fashion. Remember when every teenager was sitting on their parents’ couch watching MTV at least 20 hours a day? We would see those Telsa, Mr, Big and Tora Tora videos and think “I wish Christian bands had cool videos and were that good!” Then in the summer of ‘91 Intense Records unleashed the Hot Metal IV video with an all-star line-up and the hit song “Cover Me” from Rock Stock And Barrel. That video encapsulated everything young rockers could ever want from their band – the look, the video, the hooks and, most importantly, elite talent! Three generations of rockers are still paying attention and asking for the Girder Records treatment of this special release! For that reason, Girder is making this top-shelf album available on vinyl for the very first time ever. 180 gram color vinyl limited to just 100 copies worldwide. Let the guitar wizardry of Dennis Cameron and the perfect-for-hard rock vocals of Drew Baca draw you in again, just like old times. This time will be better than ever – we promise! Dennis is prolific on this release with guitar solo after guitar solo. This is melodic AOR at its best. Starting off with THE FIRE INSIDE, Dennis rips through solo after solo. This is melodic, full of anthems and then the real magic begins when the 3rd song drops. COVER ME is probably Angelica at it’s best. Acoustic, powerful and wonderfully creative with just the right punch. If you haven’t heard this album you are in for a big surprise. It kicks down the door and just keeps going song after song. With Drew Bacca on vocals this thing just rocks. Sure, Angelica’s debut was a masterpiece, however 3 albums in they seem to click on all cylinders. It’s masterful, wonderful and beautiful but also a real rocker with great production. Their songwriting got better with time and although the constant change of vocalist plaque the band, what they did have was Dennis Cameron who was the mastermind behind every song and one of the greatest guitarist to ever grace Christian rock.” -Girder Music

TRACK LISTING:
Side A
The Fire Inside
Someone To Believe In Me
Cover Me
Home Sweet Heaven
A Little Love