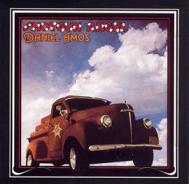 “Just one year after its release, the band’s debut album was already considered one of the top 3 or 4 Christian releases of all time. There was enormous pressure for their 1977 follow-up, Shotgun Angel. In typical fashion the band managed to surpass all expectations. The first half of Shotgun strongly resembles the country rock of the debut. The second half of the album is what the album would be famous for, however, a rock hybrid of Queen, Pink Floyd and Abbey Road! DA’s classic 1977 remastered album features a second disc of more than 26 never before released high quality bonus tracks including unreleased songs, rare 4-track demos, studio outtakes, remixes and more; a 20 page booklet with more than 30 previously unseen photos in a deluxe gatefold digipak. Countless hours of work and care went into restoring the album’s original artwork and audio, including correcting digital glitches found on previous re-issues.” -Born Twice Records