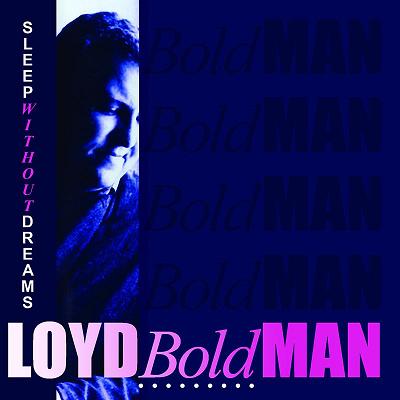 “Loyd Boldman is the man most people credit as the lead vocalist and keyboardist of the epic 80’s Christian rock band Prodigal. The reality is that at least 3 guys shared the lead vocals but without a doubt Loyd’s big baritone rock voice could fill stadiums with his whispers! Yes, it’s that powerful! After Prodigal released their 3rd and last album in 1985, Loyd took the time to write and release some massive rock music with 1988’s Sleep Without Dreams. Now most fans never knew this release existed, let alone owned it, because Loyd self-released this album on his own independent record label and only released it on cassette. But when Retroactive Records licensed the re-issues of the Prodigal titles, they couldn’t resist the opportunity to re-issue Loyd’s rock masterpiece on CD for the very first time ever! What does Sleep Without Dreams sound like? Fans of Vector, The Call, Robert Vaughn, Randy Stonehill and Steve Scott will love it. Yes, it’s THAT good! The album has been digitally remastered from the master tapes and packaged in a jewel case with a 12-page booklet featuring amazing band pics, lyrics and a special tribute to Loyd written by Prodigal guitarist and long-time friend Rick Fields. Limited to just 500 copies, be sure to get this CD now while it’s readily available!” -Roxx Records

TRACK LISTING:
Wall Of Sound
Emotional Shorthand
Meaningless Words
Sleep Without Dreams
Red Balloon
Emperor’s Clothes
I Have The Love
As Much As I Need You
Names In Lights
Shiny Shoes
Maximum Poverty
Island Of The Innocent