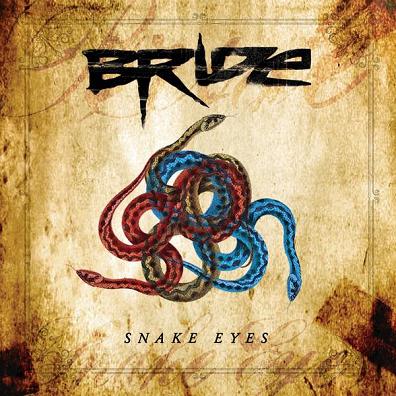 “A new Harry Potter book, the next Star Wars movie or even one’s first kiss from that someone special can evoke epic proportions of anticipation. But NONE of those compare to how much Bride fans have anticipated a full-on, legitimate, straight out, unadulterated, no-holds-barred return to the Snakes In The Playground (1992) era Bride sound. Let’s be clear that Bride is without dispute THE most prolific Christian metal band ever. Bride has no less than 24 full-length releases under their belt and every single one drips with passion, relevance and musical perfection. No one has done it better for longer without quitting. No one. Long-time label partners Retroactive Records are thrilled to unveil the epic return that fans have longed for and anticipated for 26 years – a new album that fully embraces the iconic Snakes era with massive hooks, relentless metal riffs, over-the-top vocals and cutting edge lyrics. Snake Eyes (2018) – the new Bride release that spews venom and has all the bite fans can take. Brothers Dale and Troy Thompson have created another tour-de-force metal album that once again raises the bar and satisfies the most demanding ear candy quotient. Snake Eyes offers nothing less than a fistful of ferocious rock anthems that will be clogging your brainwaves in the days ahead. File this one as one of the greatest hard rock records of its time. Yes, it’s that good! Honestly, no one played metal better in 1992 when Snakes In The Playground released and with Snake Eyes the band brings that same swagger. For fans of Gun N’ Roses, Skid Row and Guardian. Available on CD and (marbled blue) vinyl!” -Retroactive Records