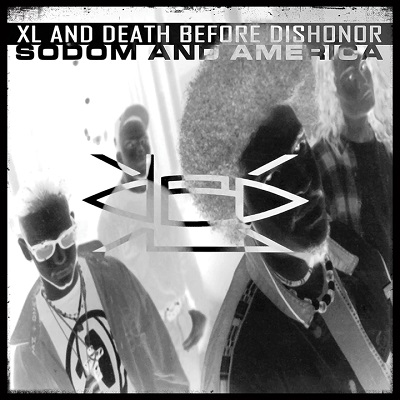 “In 1992 rap and metal was all over the mainstream, but there was not anyone in the Christian rock world doing it! That is until XL & DBD (Death Before Dishonor) hit the scene and nailed the genre for the Christian market. This release was even better than most mainstream releases on the market at the time. This album would become a masterpiece among both rap and metal fans worldwide. This classic has never seen a re-issue since original release on CD and cassette only… until now! Roxx Records is bringing this classic back to life! This album has been completely remastered by Rob Colwell of Bombworks Sound and this happens to have been a personal favorite of his, so it may have got just a little bit of that extra touch! The original artwork has been restored and cleaned up by Scott Waters of NoLifeTilMetal Graphics This vinyl edition is limited to 200 copies only.” -Roxx Records

TRACK LISTING:
Side A
Brother To The Saboteur
Sodom And America
Kiss Of Chaos
Death Before Dishonor
Don’t Fool Yourself
My So Called Friend Death

Side B
Die (That Settles It!)
Woman
Fatal Blow
Sifting With The Sickle
Brink Of Insanity
Afrocka