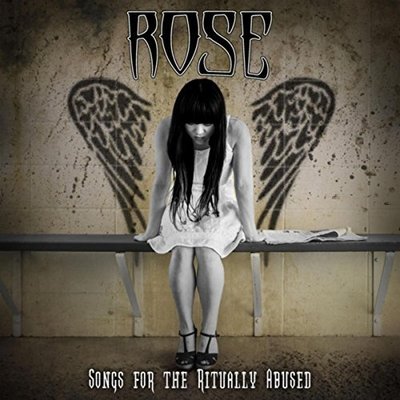 Songs For The Ritually Abused (VINYL)

Rose is back and well worth the wait! Randy Rose (drummer for alternative rock giants Mad At The World) and his band put out an amazing album that you won’t be disappointed with! You can hear the influences of Queens Of The Stone Age, Danzig, Black Sabbath, Black Angels, The Beatles and The Doors. Some heavy material that marks a high point in creativity in a hard music market often sterilized by it all sounding the same! Rose offer fans a comeback album of epic proportions – his first new Rose album in 22 years! – a hard music masterpiece of creativity showcasing melody, intensity and the ability to offset intense metal riffing with tender moments that allow us to breathe as we struggle to catch our breath as we sludge through the darkness of life. It’s the darkness and the light that drives the ministry and music of Randy Rose: “This record is dedicated to anybody that didn’t have a voice to scream through the soundproof walls in that old modular trailer, where the neighbors were used to the police coming and somehow staying for hours like they actually belonged there. For the little ones that tear up with the aroma of melting wax. For the ones with all the bruises and all the cuts, that were told nothing ever happened – it was all a dream. For the ones whose voice was stolen before they could say a word. It says in the Bible that God is close to the brokenhearted and the crushed in spirit. So whether many of you can relate to this, or know someone who can, most of these kids don’t even make it out of the institutions. I have met several of these people, teens and adults, and there’s something so similar about all of their stories – they’re consistent – there is a way out. That’s what this album is all about – the escape for the abused.”

TRACK LISTING:
The Tortured Girl/Bye Bye Hands/Songs For The Ritually Abused
Keep You To myself
Medication
Whispering Whales
Hellan And The Illustrator
Micky
The Girl
Monster
Hell’s Locked From The Inside
When Will I Be Loved