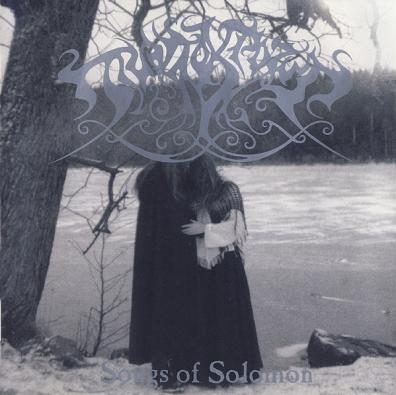 After recording a few demos, 2001 saw the first official release by Swedish band Pantokrator in “Songs Of Solomon”. Initially self-released, then released as a split with Santifica on C.L. Music (label of Christian Rivel from Narnia), this recording was heavy, HEAVY doomy death metal. An assault of brutal, grinding (yet always melodic) death metal is contrasted with moments of doomy violin, female vocals and acoustic passages – think of the ferocity of Scrolls era Mortification, united with the passion of early Paramaecium and the emotiveness of Ethereal Scourge. Every instrument complements the others as the songs evolve from jarring aggression to ethereal serenity.

In a collaboration between Pantokrator and Soundmass, we are releasing a 2018 Remastered Edition of “Songs Of Solomon” – the audio has never sounded so good!

TRACK LISTING:
Ur Intets Morker
Divine Light
Under Himmelen
Come Let Us Flee
Separated By Night
Behind Thy Veil