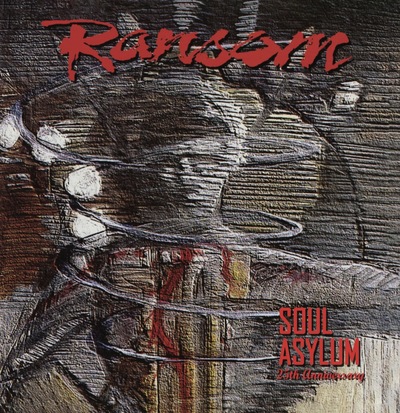 “Classic Christian rockers Ransom are up next to receive a very special Limited Edition remaster and re-issue from Roxx Records as we celebrate the 25th Anniversary of the band’s second and final album ‘Soul Asylum’. Ransom burst on to the Christian music scene in 1990 featuring the fiery female vocals of Lisa Faxon, the amazing guitar work of Tony Ortiz and the beautiful bass sounds of Michael Preciado as the core members of Ransom. In a male dominated world of hard rock and metal bands, Lisa would rise above bringing the polished vocal sounds of Ransom to the forefront of the Christian rock world throughout the early 90’s. Releasing their self-titled debut album in 1991 on Intense Records the band was ready to take the Christian hard rock world by storm. Hot on the heels of this critically acclaimed release the band began working immediately on their sophomore follow-up release. In 1992 the band would release ‘Soul Asylum’, again receiving accolades and critical acclaim throughout the industry. Alas, the turn of the tide with grunge starting to overturn the hard rock world in the early 90’s meant this would ultimately be the final release from Ransom. Soul Asylum was a masterpiece of an album being produced by Lanny Cordola, who also played on several tracks and handled some of the writing duties, as well as a very special guest appearance from Oz Fox of Stryper. The original pressing of this album has been long out-of-print and tough for fans to find. Copies of the original CD are scarce and the album is definitely in need of a remaster to bring it up to today’s standards and volume levels. This year marks the 25th Anniversary of Soul Asylum and Roxx Records is set to help breath some new life in to this very special hard rock release. Soul Asylum has been completely remastered by Rob Colwell (Bombworks) and the artwork and layout has been updated and refined by Scott Waters (No Life Til Metal). This very special remaster will be extremely limited to only 300 pieces on CD format only. Each CD will come with a special hand-numbered CD insert, packaged in a jewel case with an 8-page booklet with lyrics and some special liner notes from Ransom bassist Michael Preciado.” -Roxx Records

TRACK LISTING:
Soul Hymn
Exit (Euthanasia)
Windows Of My Heart
The Lies
Prayer Asylum
Only The Just Let Go
Not That Kind Of Girl
Watching Over Me
Higher Ground
Sister Blue