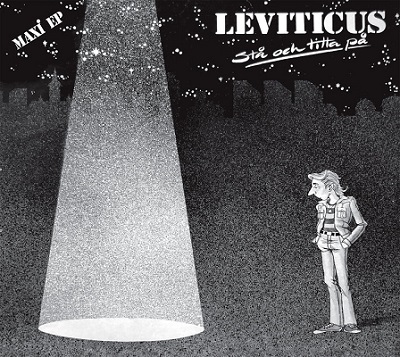 “Christian rock and metal fans can reflect back to the humble beginnings of the Christian music scene and thank Leviticus for being one of the artists in the forefront, leading the charge for what we all know and love today. The year was 1982 in Sweden and this then fledgling band would record 4 tracks that would lead to their first ever release and on their way to Christian rock history books. That release was titled in Swedish “Stå Och Titta På”, which translated to English means “Stand And Watch”. These 4 tracks were also recorded in their native Swedish language and would be released on a 4-track 12″ maxi 45rpm EP in a very limited quantity which is practically impossible to find today. Roxx Records wanted to celebrate 40 years of Leviticus with this special EP and will be making this a one time very limited pressing of only 300 copies on CD. It is the first time it has been released on any format other than the original 12″ maxi EP. This will be released in Swedish with the original recordings being remastered.” -Roxx Records