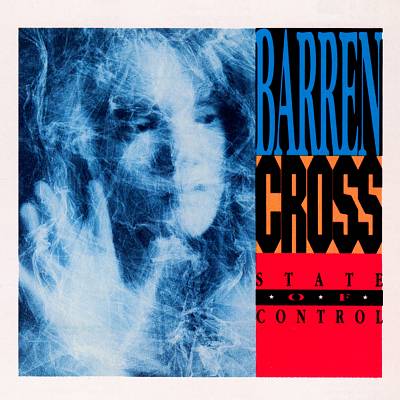 “Remember those metal cassettes in your collection that had the song titles worn off and even if you weren’t religious you prayed that it would play just one more time for fear it would wear out? 1989s State Of Control by Barren Cross was that cassette in many-a-metal fan’s collection. Along with Stryper and Guardian, Barren Cross was one of the few bands that actually appealed to metal fans who didn’t shop in Christian bookstores for their music. With the band’s third release they once again expanded their lyrical content to tackle real-life issues like racism and relationships. Mike Lee shows more diversity with this vocal performance by channeling his inner Bruce Dickinson with a raspy voice and the operatic vocals showing only for the higher notes and choruses. The impact of producers John and Dino Elefante is significant with State Of Control adding even more AOR pitch-perfect choruses in the background that gives this melodic heavy metal album its fair share of commercial appeal. One thing is for sure, the album includes exquisite rhythm parts, amazing solos and everything you expect from elite heavy metal which is why it came in at #32 on the CMR Top 100 Christian Metal Albums. The 2020 Retroactive Records re-issue is a collector’s dream featuring a 16-page insert and a brilliant remaster (finally!). And, as a special treat for fans, this re-issue includes both bonus tracks “Your Love Gives” and “Escape In The Night.” Few metal albums impacted the scene and the kingdom like State Of Control. Enjoy!” -Retroactive Records

Limited Edition of 1000 units and including rare band photos and all the lyrics.

TRACK LISTING:
State Of Control
Out Of Time
Cryin’ Over You
A Face In The Dark
The Stage Of Intensity
Hard Lies
Inner War
Love At Full Volume
Bigotry Man (Who Are You)
Two Thousand Years

Bonus Tracks
Your Love Gives
Escape In The Night