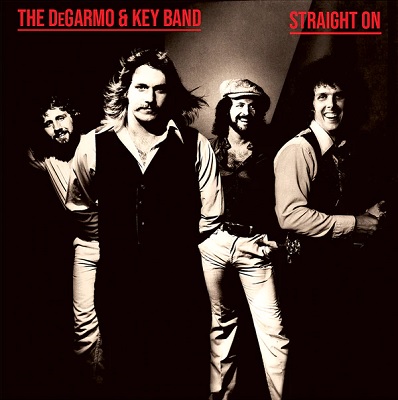 “Straight On – #97 on HM’s Top 100 Christian Rock Albums Of All Time and the second album by DeGarmo And Key – raised the bar for quality even higher. Eddie and Dana took part in its production and established a tight knit band that gelled together like a well-oiled machine. On the opening track “Jericho”, a classic rocker that features impeccable sound quality, we hear a band at the top of their game. On the catchy “Livin’ On The Edge Of Dyin’” Eddie is featured on lead vocals and this track hit #25 on the Christian radio charts. Flourishes of the progressive rock sound of their debut continue on “Bad Livin’” but the band also mix in elements of gospel and soul on tracks like “I Never Knew You” and funkiness on the classic rocker “Long Distance Runner”. There’s even some Southern rock flavour blended in on “Let Me Help You Today”. This album helped establish DeGarmo And Key as musicians and songwriters of the highest order and is widely considered their masterpiece.” -Girder Records

Remastered and only 250 made on crimson red vinyl!

TRACK LISTING:
Side A
Jericho
Livin’ On The Edge Of Dyin’
Go Tell Them
Bad Livin’