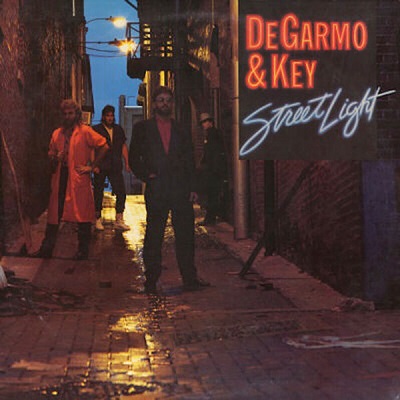 “Released in 1986 on Power Discs Records, Street Light was the band’s seventh studio album and many fans label it their favorite album. Following the previous more keyboard driven albums, Street Light brings the band closer to their earlier rock roots. It features the Christian radio hit “Every Moment”, a Springsteen-esque rocker that stayed at #1 for six weeks in 1986. The album also features a remake of the song “Addey” which first appeared on their debut album, This Time Thru, but this version has all the makings of what a hit song should be.” -Girder Records

TRACK LISTING:
Every Moment
War Zone
Addey
Soldier Of Fortune
Don’t Stop The Music
Don’t Throw Your Love Away
Video Action
She Believes
Holy Hustle
Up On A Cross
Inside Out