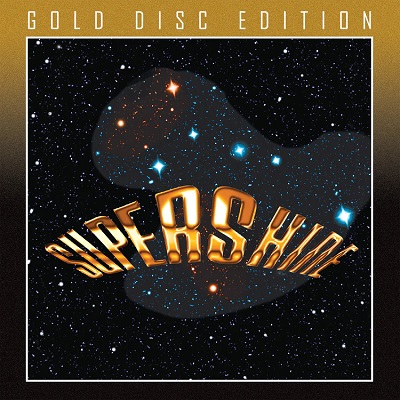 “Dug Pinnick is certainly no stranger to side projects. The King’s X bassist/vocalist has been somewhat of a hot commodity in rock music circles over the years, lending his talents to such diverse artists as Pearl Jam, Dream Theater, Phil Keaggy, Carmine Appice and his own pet project Poundhound. With his latest endeavor, Supershine, Pinnick teams up with guitarist Bruce Franklin and drummer Greg Olsen, both formally of the doom metal band Trouble. Their self-titled debut features 12 tracks deeply rooted in groove-based ’70s rock, incorporating touches of psychedelia shrouded with ferocious metal outbursts. Pinnick’s gospel-styled, soulful vocals (the most underrated in rock) and deep, rumbling bass lines compliment Franklin’s infinite array of lethal guitar riffs while Olsen anchors the music with solid skinmanship. King’s X timekeeper Jerry Gaskill also makes a guest appearance behind the kit. Comparisons with King’s X will invariably be drawn with any project Pinnick associates himself. His bass playing and powerful vocals are an integral part of the King’s X sound, so the comparisons are natural, if sometimes unfair. However, Supershine is no “son of King’s X” record. Where both bands share a penchant for laying down groove-laden rock, Supershine’s heavier, harder-edged sound tips its hat to likes of Black Sabbath, especially on numbers like “Take Me Away”, “One Night” and “Automatic”. However, the classic rock influence doesn’t end there. Supershine’s cover of the mighty Grand Funk staple “Shinin’ On” is dead on with Pinnick’s potent pipes pacing Franklin’s frenzied guitar solos. “Candy Andy Jane” utilizes the opening riff from the Ten Years After classic “I’d Love to Change The World” to great effect and metalicizes it for posterity. The album’s strongest track is it’s closer, the anthemic “Shadows/Light”. Acoustic nuances, atmospheric leads and moody Hammond B-3 organ, courtesy of Galactic Cowboys’ Wally Farkas, give the song a Pink Floyd feel without being derivative. Supershine will surely appeal to King’s X/Trouble fans, but it shouldn’t be limited to just that audience. And while most projects fail to live up to the hype, this is one that exceeds expectation on a grand scale, confirming that the chemistry between Pinnick and Franklin shines ever so bright. You might just call that a Supershine. This 2022 Brutal Planet Records remaster is packaged in a jewel case with a 12-page booklet and gets the coveted Gold Disc treatment that collector’s crave for their treasured albums.” -Brutal Planet Records

TRACK LISTING:
Take Me Away
Kingdom Come
One Night
I Can’t Help You
Shinin’ On
Won’t Drag Me Down
Automatic
Candy Andy Jane
Love
Going Down
In Mourning
Shadows Light