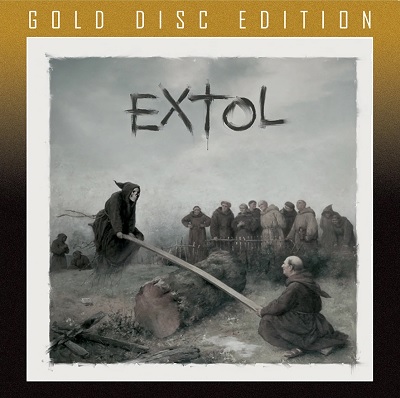 “Another masterpiece from Extol. One of the most unique, underrated and talented metal bands ever, Christian or otherwise. The follow-up to their super dark and heavy Undeceived album took a very different direction. More tech death and thrash inspired. They took quite a bit of influence from Believer on this album, but it definitely sounds like its own thing. Ole Borud sounds like no other guitarist and you won’t find any metal album that sounds like this. Fans of prog and tech metal will discover this album has some of the craziest riffs you’ll ever hear. Many Extol fans laud Undeceived as their magnum opus, but we at Bombworks Records think this album is just as elite. Indeed, in some ways better. If you are into old-school tech death/thrash like Cynic, Atheist, Gorguts, Believer, Slayer, etc. this album is must-buy! Remastered by Bombworks Sound (Rob Colwell), this Gold Disc re-issue comes packaged in a jewel case with a 12-page booklet featuring lyrics and rare band pics. Grab your copy while you can!”-Bombworks Records