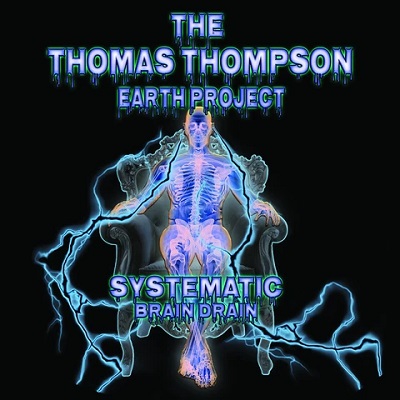 “The Thomas Thompson Earth Project started off with great success and critical acclaim after their debut and sophomore albums released last year on Roxx Records. And now they are back with their third album and this one takes the band to an even heavier level and again features legendary Bride frontman Dale Thompson on lead vocals. The new album ‘Systematic Brain Drain’ features 12 blistering new tracks for all to enjoy and features some of the heaviest riffs these guys have recorded. Dale Thompson shines again out front, giving an amazing vocal performance and some of his heaviest vocals as well.” -Roxx Records