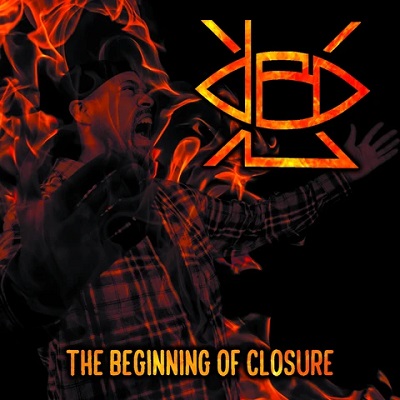 The Beginning Of Closure

“Roxx Records is extremely excited to announce the signing and releasing of the brand new album from Christian rap metal pioneer XL And Death Before Dishonor entitled ‘The Beginning of Closure’. XL (a.k.a. Todd Stevens) started in the Christian music industry in the early 90s, playing guitar, bass and drum tracks for some of the best West Coast Christian hip-hop artists. He was on the Dynamic Twins albums, SFC albums and he helped produce demos for the Gospel Gangstas and T-bone. He appeared on the sophomore release from Frontline Records recording artist Apocalypse. He has toured extensively with The Crucified, DC Talk, Newsboys, Mortal, Applehead, Soldiers For Christ and 12th Tribe. In addition, even sharing the stage with Bob Carlisle of Allies, Bryan Duncan and Crystal Lewis. He has also been in the studio with Oz Fox of Stryper, playing and recording on a song for Chuckie Perez, an Arcade Records artist. XL And Death Before Dishonor was signed by Brainstorm Records in 1992. Brainstorm was owned by Ojo Taylor of Undercover and Gene Eugene of Adam Again and was a subsidiary of Word Records. In 1993, Gene Eugene produced their album Sodom And America. This was the first legitimate metal/rap album released in the Christian industry that matched, and some would say topped, whatever was going on in the secular arena at that time. Epic decided to pick up the album for extra distribution because they thought it was legitimate. Sodom And America featured all-stars from both the Christian metal scene and the Christian hip hop scene. The album featured Jimmy Brown and Michael Phillips of Deliverance. It featured Mark Salomon and Greg Minier of The Crucified. It featured Sup The Chemist from SFC and members of the Tunnel Rats and Peace 586 of Freedom Of Soul. As well as featuring Tedd Cookerly from the rapcore band Every Day Life. This epic release was received with open arms and all of that was over 27 years ago. Then it was time for another XL And DBD record, Offensive Truth Volumes 1 and 2, featuring more all-stars. That project featured Jimmy Brown and Greg Minier once again, but this time the drummer from The Crucified, Jim Chaffin, was featured on the record, as well as Jesse Sprinkle who played with Demon Hunter, Dead Poetic and recently recorded with Doug Pinnick of King’s X. The album also featured Rex Carroll of Whitecross and King James and Oz Fox of Stryper and Bloodgood. But he is not finished yet – XL And DBD is at it again for a 2020 release. This time we will see XL releasing what will be the most diverse XL And DBD project to date. Again boasting some of Christian metal’s finest players, including Michael Phillips (Deliverance, Join The Dead), Rex Carroll (Whitecross, King James) and – yes – once again featuring the talents of Oz Fox from Stryper and Bloodgood. The Beginning Of Closure is a banger to be reckoned with for years to come, hosting some of the heaviest riffs XL has ever released, while still staying true to the artist that XL is. We hope you enjoy this very special new release.” -Roxx Records

TRACK LISTING:
Vacillate
No More Cheatin’
The End Justifies The Means
Bleed Through
You’re My Enemy
Reckless Abandon
One More Murder
Trench Warfare
Bruised Reed
Go Away
One By One
Rise Again