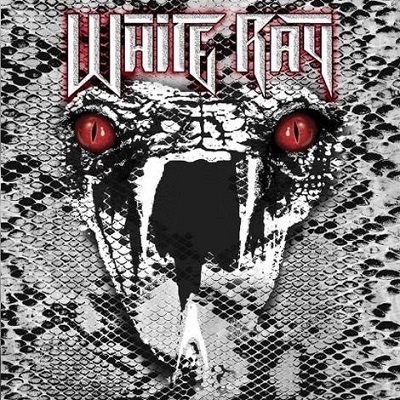 “In the mid 80’s to early 90’s, Whiteray was an integral part of the hard music scene of Kentucky along with fellow home-staters Bride! From 1988 – 1991 the band released four critically acclaimed demos of high quality, elite melodic hard rock and metal. Collectors have been paying over $200 each for those demos if lucky enough to find them. Whiteray was dedicated to the hard rock scene laid down by Bride, Cinderella, Warrant, Motley Crue and Guns-N-Roses, which means big everything – big hooks, big melodies, big riffs and, of course, BIG HAIR! Whiteray was a significant step above other hard rock bands in terms of talent and execution. Fans also loved the fact that, in spite of being demo tracks, Whiteray demos are clear and professional sounding which allows the original magic of those hard rock anthems to shine brightly. The band would later regroup and release an album on R.E.X. Records under the moniker of Killed By Cain (another killer aggressive groove metal release produced by Dale Thompson of Bride). Until now, the band’s legendary demos have been impossible to find. The 2019 Retroactive Records 2-CD re-issue features all four demos remastered by Rob Colwell of Bombworks Sound, packaged in a jewel case with an eight page booklet, band photos and an amazing interview from 1989 featured in Pendragon Magazine! Limited to just 500 CDs.” -Retroactive Records

TRACK LISTING:
Disc 1
We’ll Fight
Trying
Promised Land
Masquerade
The First Sin
Blood On My Hands
Charades Behind The Glass
To Die Is To Gain