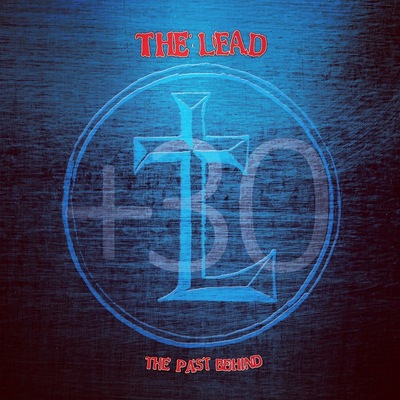 “Roxx Records in conjunction with The Lead are very proud to be celebrating the 30th anniversary of the classic seminal Christian punk album The Past Behind. 1988 was a pivotal year for Christian music. The first major wave of metal and punk bands became established, with major label releases from Believer and Vengeance and with The Crucified making their debut at Cornerstone Festival. In the nascent Christian underground music scene, 1988 was the year of fast-and-loud-rules, no nonsense, hardcore punk and speed metal crossover thrash. And The Lead were right in the middle of it all with their second appearance at Cornerstone and the major label release of a re-recorded version of the EP that the band had self-released a year earlier, called The Past Behind, which was released on cassette and vinyl only at that time. Fast forward from 1988 all the way to 2018 as we celebrate that time-frame with the band’s major label debut finally seeing its first ever CD release, remastered, repackaged and expanded with tons of previously unreleased material. Take a trip down memory lane as we release a special limited edition CD celebrating 30 years entitled ‘The Past Behind + 30’. Check out some of the highlights from this release:

* the original 8 tracks have been newly remastered by Rob Colwell and are joined by a full-length CDs worth of material, including several demos of unreleased songs from Julio. Every track is expertly remastered by Colwell;

* the bonus material starts with the 1987 cheaply recorded self-released version, which originally made its debut at Cornerstone 87 on cassette, which means that the two incarnations of this project are finally together at last;

* 3 audience-recorded songs from the band’s legendary Cornerstone ’87 appearance (where moshing made its beachhead on contemporary christian music’s shores);

* 2 songs from a 1986 practice with Julio and Robbie, straight from Julio’s 4-track;

The package is wrapped up in art based on the sleeves of both the ’87 and ’88 releases, plus a 12-page punk rock style booklet of 5 collages handmade by Julio using scraps of contemporary band newsletters, flyers, promo material, fanzines, photos and original lyric manuscripts that tell the story behind the music in pictures. This brand new limited edition CD pressing will be a one-time pressing of only 300 copies with only a little over 200 being made available to the public.” -Roxx Records