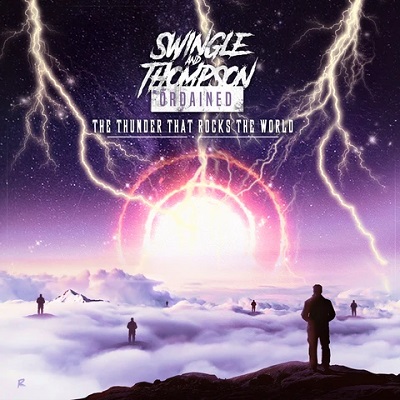 The Thunder That Rocks The World

“2020 may be a very bad year for live music, but it is a very good years for fans of Dale Thompson of Bride. Dale continues to crank out the music any way and every way possible – this time as a part of the hard rockin’ duo called Swingle And Thompson Ordained. Read just how Randdy Swingle got to work with Dale in his own words: “I had always had a dream to record a Christian rock album someday. I had been recording songs for years now. I have been a fan of Bride for over 30 years now, even back then I had thought about how awesome it would be to do a song with Bride. I got to meet Dale and Troy back in 1994 at the Agape Festival. They were willing to talk and spend time with me and my paralized cousin because it was all about the ministry to them and to be able to reach out to all for Christ. Not just performing, but meeting and talking to people after their shows – true ministers they were. Fast forward to now and after all these years I happened to come to hear that Dale was offering his services as a vocalist for hire. So I saw that God had opened a door for me after all these years and felt that it was God’s appointed time. I reached out to Dale about recording a Christian rock album with me and, to my excitement, he said yes. As we started working on the album together it begin to really flow and we could feel the annointing from God as we continued to develop this debut album. Dale was in New Zealand and I am in the United States, but when it’s God’s will it’s gonna come together undoubtebly. We are excited to bring you this debut album entitled ‘The Thunder That Rocks The World’ and we bring it to you with a purpose or a mission, if you will, to reach all for Jesus Christ our Lord as the time is so short!” -Roxx Records

TRACK LISTING:
The Thunder That Rocks The World
Setting The World On Fire For God
Darkness Destroyed
I Wanna Know
Hurricane Force
Stormz
Destroyer Of Death
Break Those Chainz
The Stone Is Rolled Away
I Cant Live Without You
Let It Rain
Under The Blood
No More A Slave