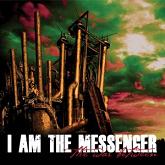 I Am The Messenger

“Bombwork Records could not be more excited to give label support to Cincinnati, Ohio’s hardest working band I Am The Messenger! ‘The War Between’ is a modern hard music assault of the highest caliber featuring guest appearances from Andy Atkins (A Plea For Purging), TD Benton (White Collar Sideshow) and Max O’Connell (Corpus Christi). Voted 2010’s Best Metal/Hardcore band in hometown Cincinnati, I Am The Messenger is not your mother’s metalcore monster, nor are they at all inclined to be comfortable with the status quo. ‘The War Between’ tips the scales and pushes the limits of what modern extreme music can accomplish in the span of 14 tracks! With song titles like ‘Bipolar Bear,’ ‘Givin’ Birth To Bald Eagles’ and ‘Later Facebook’ you realize these creative geniuses aren’t afraid to take some risks and it sure pays off on ‘The War Between’! Riffs seem to spiral, swirl and sweep around the songs in beautifully simple and yet deeply intricate fashion. Effortless clean vocals resonate with swift, rythmic drum beats, enunciating the synth/keys and haunting, orchestral background that all demonstrate the band’s technical and progressive edges. Lung piercing screams and guttural vocals reveal a band that knows how to flourish in straight up brutality. This commanding debut album from such a talented band is setting the table for a very, very bright future. This is an essential purchase for fans of Underoath, For Today and The Devil Wears Prada!” -Bombworks Records