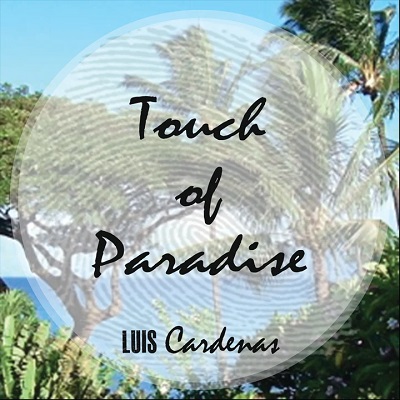 “Esteemed Mexican-American singer/drummer Luis Cardenas has had an extensive career in the music industry as a solo artist and with his bands RENEGADE and LATTER REIGN. As a solo artist he had a Grammy nomination for his highly acclaimed award winning video “Runaway”. Cardenas was also inducted into The Guinness Book Of World Records for the largest drum set in the world! He has gained international recognition in countries like Japan, Mexico, Canada, Argentina, Spain and Germany for his solo albums “Animal Instinct”, “Generations” and “Touch Of Paradise” and has now joined together with Roxx Records to release his solo album “Touch Of Paradise”. “Touch Of Paradise” is a refreshing display of rock, modern rock and Latin rock all together as one. Cardenas is getting more in touch with his Latin roots, creatively producing one of his favorite album compositions and recordings yet. We’ve also added four bonus tracks in Español.” -Roxx Records

TRACK LISTING:
Touch Of Paradise
I Remember
Out Of Love
Taste Of Me
Sincere
Right Away
Castaway
Summer Daze
I Gotta Love Her
Precious Time