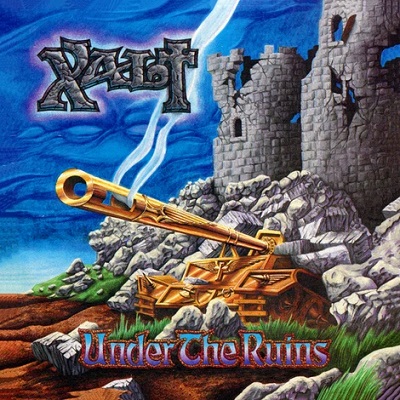 Under The Ruins (VINYL)

“After the late 80’s independent release Dark War by Xalt, the hot-shot lineup of the band launched the 90’s by signing with Pure Metal Records and releasing the hard rock/heavy metal classic Under The Ruins. Long out-of-print and never before released on vinyl, do not miss this treasure! For fans of Judas Priest, Accept, Riot and Stryper.” -Retroactive Records

Remastered by Bombworks Sound and including a bonus track and a lyric insert. Released on black 180 gram vinyl.

TRACK LISTING:
Side A
Through The Night
Forgiven
Under The Ruins
Waste Your Life Away
Lost Without You