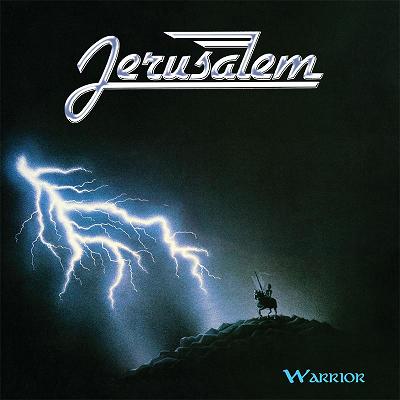 “In some ways Warrior (1982) needs no introduction. The album became a huge sales success in Sweden, Europe, USA and Canada. As a result, the band recorded music videos for both “Constantly Changing” and “It’s Mad”. Both songs made their way to American MTV. Warrior not only improves on Jerusalem’s finely-crafted sound, it orbits the band towards embracing progressive elements that defined bands such as Deep Purple and Uriah Heep. Jerusalem play every bit as good as these bands and with their own original sound. In 2010, HM Magazine voted the album #65 in the Top 100 Christian Rock Albums of All-Time! HM editor Doug Van Pelt said ‘This Swedish hard rock band hit on all cylinders with “Man Of The World” and “Constantly Changing”, but were revolutionary with its epic 12-minute “Sodom”’. Even in 2018, Warrior continues to be an epic, classic, all-out show stopping album in every way! This is classic Christian hard rock/metal at the top end of artistic brilliance from one of the greatest decades of music ever. Yet, Warrior never got a proper CD re-issue in English until now. With several compilations having songs from the album, this 2018 Retroactive Records re-issue is the first time the album has been made available on CD in English featuring all the original songs! This Rob Colwell (Bombworks Sound) Legends Remastered version adds warmth, depth and sonic clarity to perfection. Retroactive Records has packaged this gem in a jewel case with a 12-page insert featuring band pics and lyrics. Great pains were made to make sure this classic was given the full re-issue treatment, knowing Jerusalem fans have waited decades for a proper CD re-issue. Well, here you have it! For fans of Deep Purple, Thin Lizzy, Resurrection Band, Daniel Band, Barnabas and Nazareth!″ -Retroactive Records