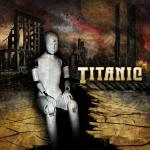 Wreckage: The Best Of And The Rest Of

“Over the last 13 years, no band in the Christian metal scene has done more to carry on the honorable tradition of breathtaking, earth shaking and no hold-barred heavy metal than Titanic. Wreckage features 5 tracks from each of the band’s first 2 out-of-print albums, as well as 3 tracks from the critically acclaimed 2007 release Full Steam Ahead. This is the last chance to hear some of those classic Titanic songs in their remastered original versions. We even added 4 bonus tracks – two rare, two previously unreleased – that feature our favorite drummer, Robert Sweet, as the visual timekeeper″. -Retroactive Records